Nokia G20 review: A long-lasting budget phone with one too many compromises

The Nokia G20 will look familiar to anyone who owns another recent Nokia phone. If you took a Nokia 5.4, made it 0.1 inches larger, and relocated the LED, hey presto: you'd have a G20. The most significant update is the new teardrop notch for the selfie cam, which takes up very little display space.

The G20 has a striking design with almost every button and feature you could want.

Available in Polar Night (dark blue) and Glacier (light green), the G20 has a polycarbonate back with a vertical ridged texture designed to make the phone easier to grip. While I can't speak to that, the ridges feel satisfying as my fingers slide along them, while the ridgeless G10 feels smoother. Both plastic phones are fingerprint magnets, though it's only noticeable under direct lighting. I'd personally recommend picking Polar Night, as Glacier might accentuate the smudges more. 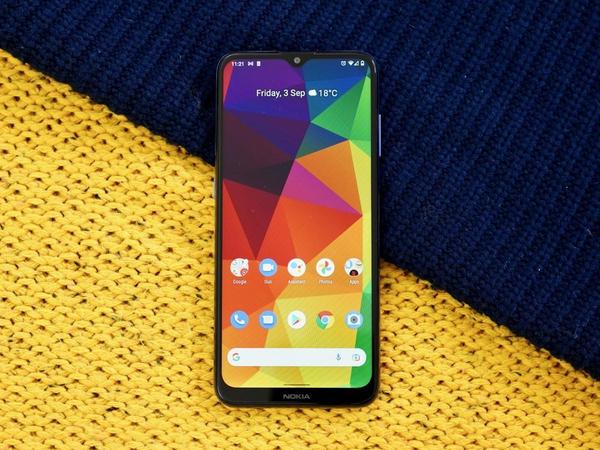 Measuring 6.49 x 2.49 x 0.36 inches and weighing 6.9 ounces, the Nokia G20 has enough size and girth that it won't be a comfortable one-handed phone for smaller-handed folks. However, the weight corresponds to the phone's large battery and 6.5-inch display size, making its fairly heavy build justifiable.

Moving clockwise, the Nokia G20 has a mic and 3.5mm headphone jack on top; volume buttons and a power button with a built-in fingerprint sensor on the right; audio ports, USB-C charging port and mic on the bottom; and a dedicated Google Assistant button and dual-SIM slots on the left.