I spent a good week using the Radar 4G as my primary phone, and in general I'd get somewhere between a day to a day-and-a-half of use before having to recharge — not too bad. I lent the device to Thomas Houston for the Spotify event this week, and after using the internet sharing feature heavily for over an hour — uploading images, having multiple chat clients open, browsing multiple sites — the phone dropped about 50 percent charge.

The Radar 4G has a 1GHz processor and 512MB of RAM, which translates to minimal at best sluggishness in the menu system and most apps. I noticed the Focus Flash (with a 1.4GHz CPU) felt a hair speedier and less sluggish in the menus, but that was only noticed when placed side by side. 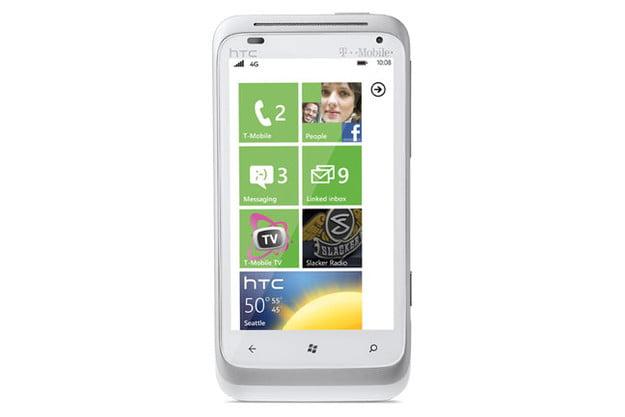 Anyone I talked to sounded tinny on phone calls, but on the reverse, I was told I sounded clearer than I usually do on my AT&T iPhone 4. The speaker is located on the back of the phone, which means when you're laying the phone down, that tends to get muffled — an odd design choice given you'll mostly be using the speaker when the phone is on a desk or table. There is, alas, no Wi-Fi calling.